In October 2015 the team resumed exploration of the spring that had been previously pushed in 1999. Lots of line repair was needed in this system and weather shut it down before any further work could be accomplished. Dive times are now 6-7 hours in the chilly system. 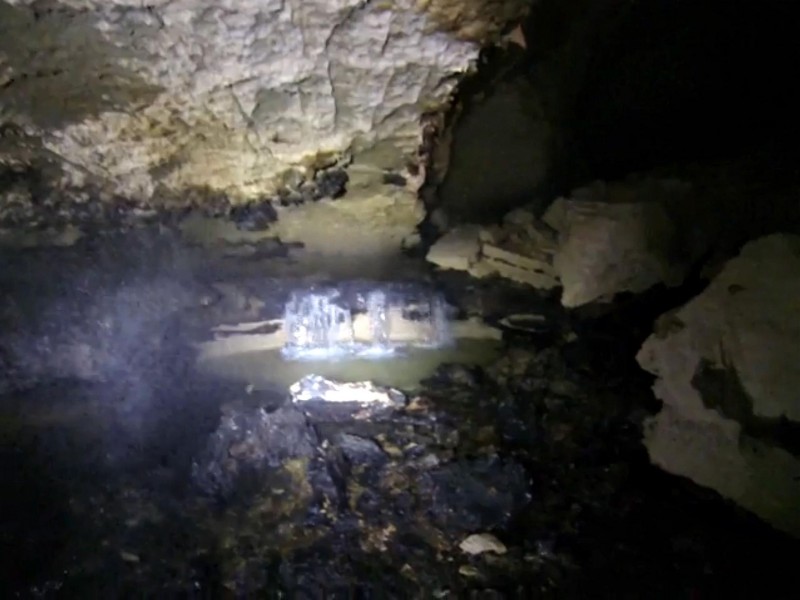