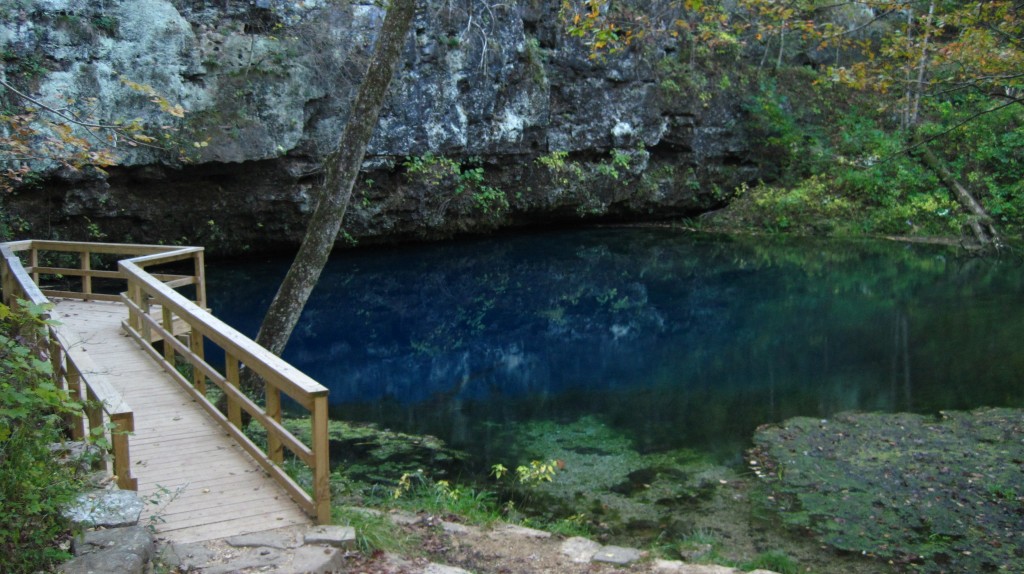 LOCATION: Near Owls Bend off the Current River, and 16 miles east of Eminence, MO.

SIZE: Ranked the 9th largest spring in the state with an average discharge of 81 million gallons/day.

OWNERS: Maintained by the Missouri Department of Conservation and in cooperation with the National Park Service.

**Dive access is limited to those who obtain a research permit.**

DIVING HISTORY: Blue Spring really lives up to it’s name. At times the water clarity here is remarkable. The legendary dive team of Miller/Fogerty mapped the first section of the system in 1979 down to a depth of 278′. Another local team pushed the cave past the landing at 278′ and added 150′ in 1995. Their old DiveRite reel is still in place. The OCDA began exploration here in the fall of 2004 by adding new safety line down to the old 1995 reel at 270′. Aside from the last 50 feet all old line was removed for safety reasons as it was all over the place. Another 500′ of line was added that year.

Returning in 2013 the team extended the line out to 3,720′. The system is running east and is wide open for the time being. Decompression times are running long at the depth the system is currently running. 8-10 hour dive times are not uncommon.

After a 4 year hiatus working other systems the team returned to Blue Spring to resume exploration. After this length of time the line was gone in many places due to high flow and it took 2 weekends of work to reestablish the safety line before exploration could continue. in October of 2017 the line was pushed out and surveyed to 5,290′. The following month more was laid out to 6,800′ with a dive time of 17+ hours. A map showing progressive push attemps can be found here.

NOTES: Natives called the spring “Do-Ge-Ke-Thabo-Bthi” or Spring of the Summer Sky. The area first came into possession of a logging company in the 1800’s, but was later purchased by Richard G. Hager in 1925. After passing down the family Blue Spring became a sportsmen’s retreat and lodge. It is mentioned by Leonard Hall in his famous float book, Stars Upstream. The MDC came into possession of the property in 1960. 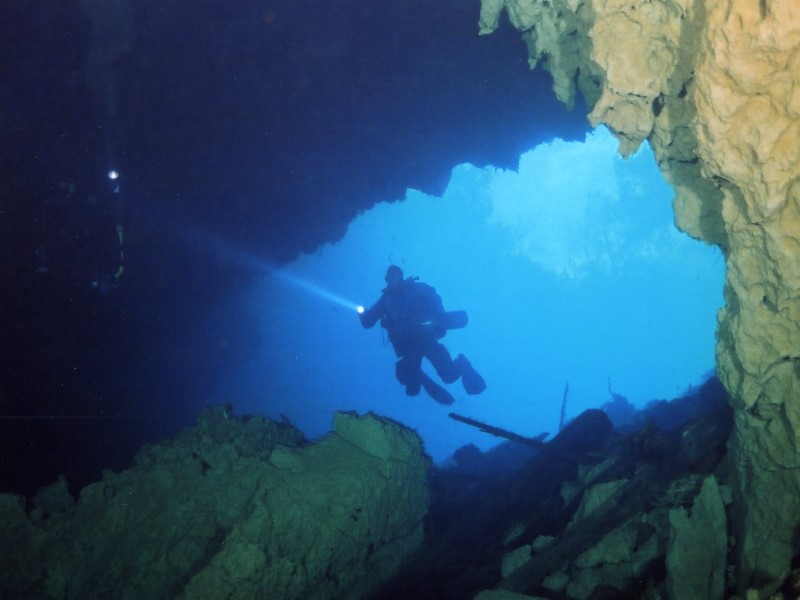 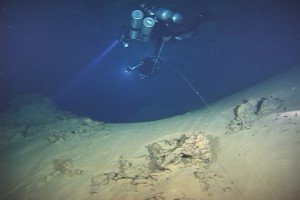 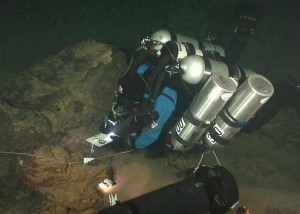