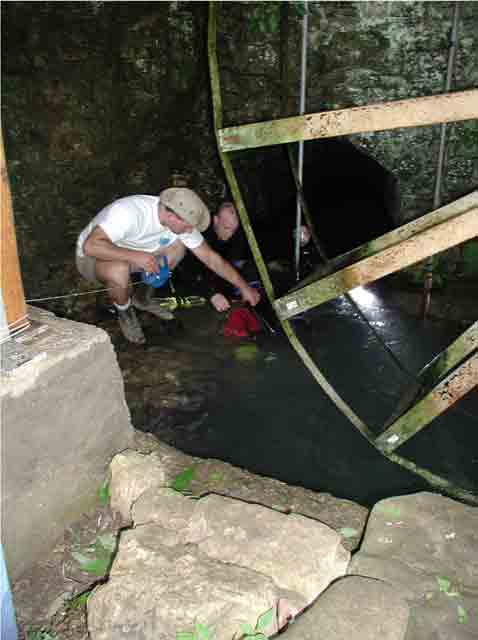 LOCATION:  On Missouri Route 181 at Bryant Creek in the South-Central region of the state.

SIZE:  Ranked the 15th largest spring in the state with an average discharge of 23.5 million gallons of groundwater per day.

OWNERS:  Private property of Hank Macler and his wife, Jean.  The Macler’s have benevolently restored the site for public enjoyment.

DIVING HISTORY: Hodgson’s Mill was constructed in 1897 to grind flour from wheat and corn.  The OCDA was contacted by Mr. Macler in July 2002 with a request that the team assist in exploring the spring conduit.  The objective was the explore the system and collect information that would promote preservation in future management and development decisions of the site.

Within that month divers were on-site.  First attempts to explore the spring were hindered by high flow and small conduit size.  An access point was eventually discovered beneath the mill, although it was so small that divers were forced to modify their gear configuration using sidemount procedures.  Upon passing this initial restriction it was determined that the passage was too small to continue exploration–the conduit had developed into a vertical slot in dolomite measuring approximately six inches in width.  A second access point from within a small dry cave was attempted later, but this also proved non-navigable.

After a full day of work, diving operations were halted and project diving at this site has thus been suspended. Despite not having much of an underwater system the team enjoyed the support and company of Hank and Jean Macler.  It was an opportunity to support the preservation of this historic and natural landmark, and were recommend this as a site worth visiting for everyone. 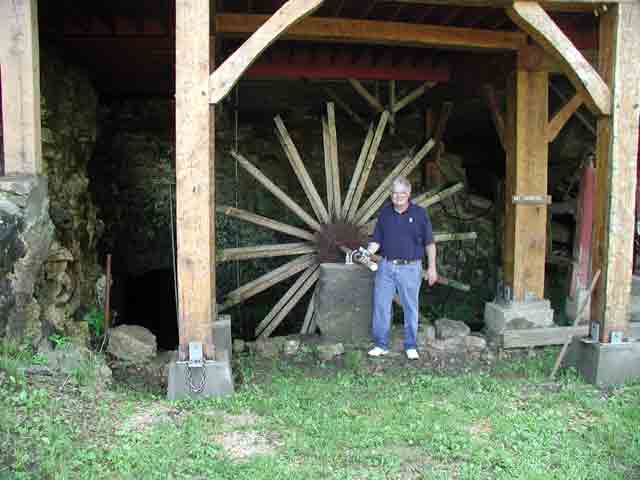 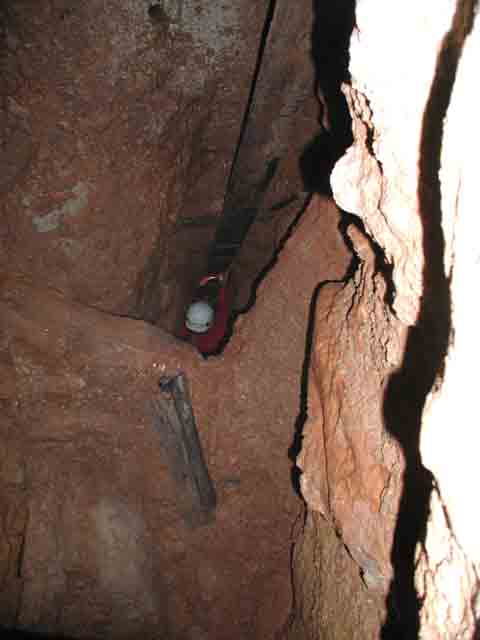 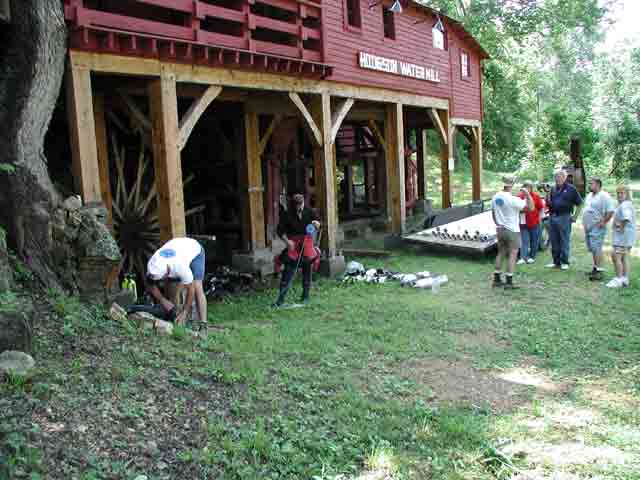 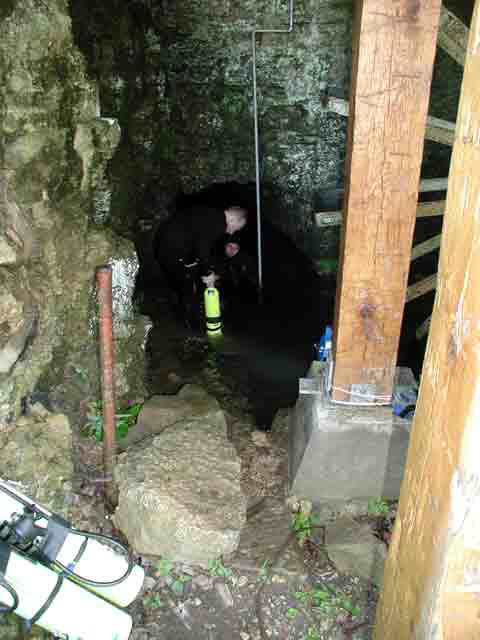 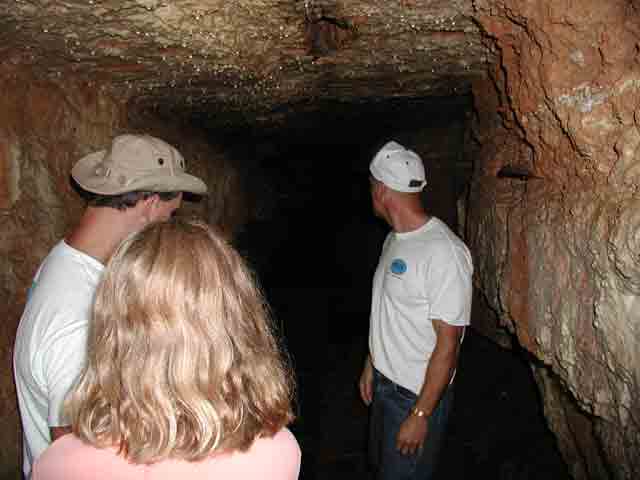 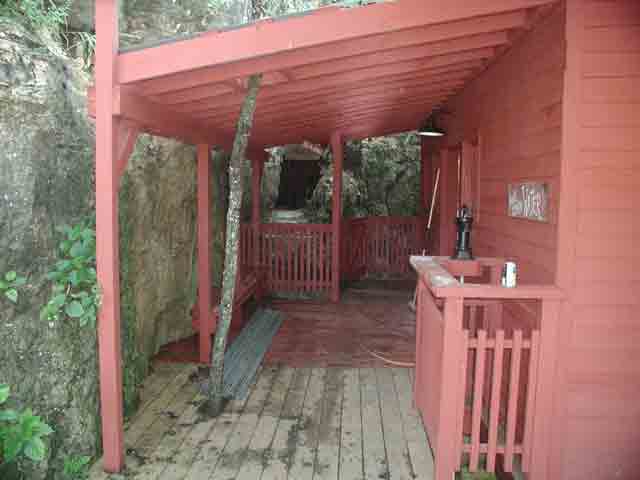 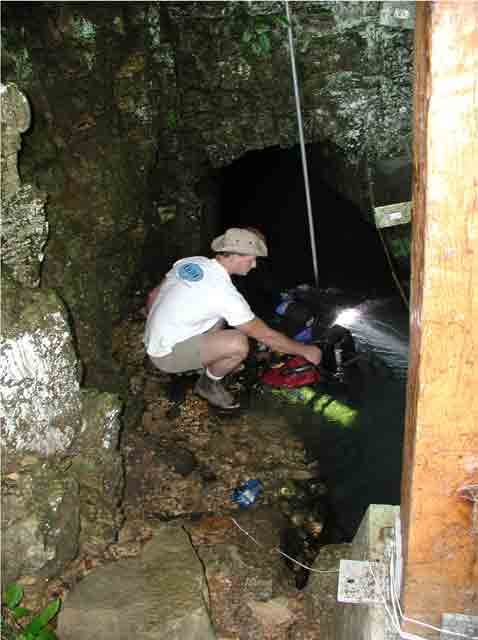 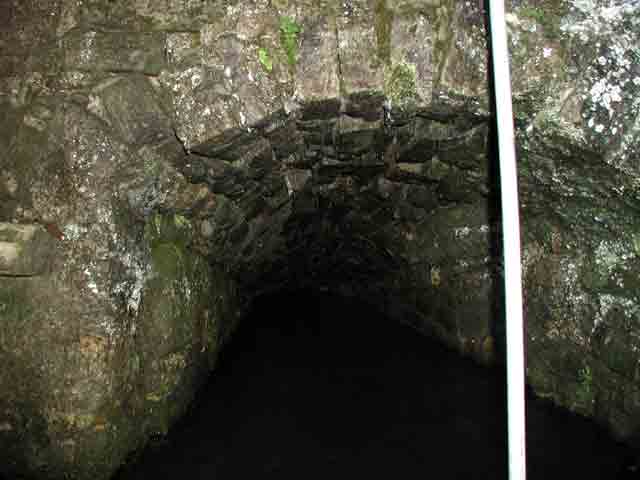 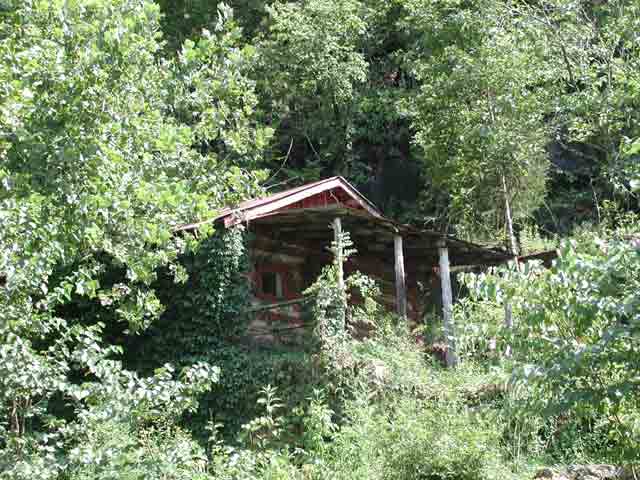